When I first got into the business world, I had the choice of being in sales or sales management.  In one case I could make more money but had the risk of up and down months due to commissions.  The management path had more stability and seeing as I had gotten married early, I felt it would be a better path to be in management, even though I would make less. I had also just come from athletics and I preferred the concept of coaching instead of being a star athlete.

The start of this column focuses on what I have learned but gets into how you might want to change.

In the early seventies and before that, management was all about “do as I say.”  The quality improvement processes hadn’t taken hold yet so the concept that the “doers” really knew the most, had not boiled up.  Those not in management were told to “come to work, open your locker, put your coat and your brain inside — you won’t need either while at work, we will tell you what to do.”

I was fortunate that shortly after I started in management the concepts started to change, and with my background I was the right person at the right time, as supervisors and managers were now being told to “coach” rather than “tell” people what to do. For me it was great, for many others that were coming up the ranks it was a tough, as they felt they had worked to finally be able to tell others what to do, and the concept of coaching was a hard pill to swallow.

Coaching your team to success is a strong concept. The ideas of working together and winning as a team made for a much better work environment. Some of us are good at this, and yet others continued to struggle.  It is much harder to encourage people to work together and coach them to improve, than it is to just tell people to work harder and faster.

After years in management I felt fortunate that I had not lost my strategy of building a team. I had also veered out of line management for a couple of years to learn and then teach “quality management.” Here I became a preacher of listening to the team and working together to problem solve, eliminate extra steps in any process, and most importantly, focus on empowering people to make decisions.

Over the last 15 years I moved to a total “open door” philosophy and without realizing it, was a little ahead of the reemergence of the “Servant Leadership” movement.  My door was open (physically and figuratively) to mean that I was there to help anyone who walked through the door.

If you haven’t heard of “Servant Leadership” you aren’t the only one. I only heard of it recently even though it was introduced in the seventies, but you probably have been living the concept with comments like “I am here to help” — “let me know how I can assist you in getting this project done” and “I am available to meet with the customer (or supplier) whenever you need me.”  You see the concept is pretty easy to understand. What can you do to “bring value” to what your team is working on to be successful?

Like many other business improvement processes over the years, Servant Leadership is a formal process developed by a guru, in this case, Robert Greenleaf. I am not writing this article as an endorsement of the process, what I am doing to do is to get you to think about your management style and more so, leadership. When you think about leadership and empowerment you need to pick not only what you feel comfortable with, but also what your organization needs.

A great misperception when being moved into a leadership position is that it does not always mean “we want you to do exactly what you have been doing and help others to do the same.”  The reality is you probably have been moved into management because people know and respect you.  What is often lacking is that no one ever tells you (or new managers) what is expected.   Many mangers feel that have been “thrown” into a new position and struggle with what to do.

When we think about the evolution of management and leadership, it is important to talk to successful leaders and ask them how their style has changed over the years and most importantly where they are today and do they feel they have it right?

I have often been told  “your people would take a bullet for you.”  I feel that comes from the fact that I would take one for any of them.  Again, I will bring back the fact that I have evolved into doing what I can to help the team succeed. Is this what you do? Is this what you tell people when you talk about leadership? Let’s face it, many people are going to respond with “what are you crazy? I have just gotten a promotion and now I am supposed to work for the other members of the team?”  The answer is yes.

I will always remember a conversation I once had with Dr. Craig Abramowitz while he was the co-CEO of Dental Care Alliance. It was a snowy Friday evening and he was driving from Massachusetts back to New Jersey. He called me to stay awake I think — but during the call he stated “I just realized that I am working for the doctors of our company, even though I am the leader. I spent the last few days with them seeing how I could make them successful and thus making DCA a stronger company. I think it was important for me to be with them on their turf.”  Craig had it right, he had to go the extra yard and make himself available to the doctors, so they could flourish in their role.

I am sure Craig had not read the teachings of Robert Greenleaf just as I hadn’t, we just evolved with the times and realized how to be successful and run a successful business.  Do yourself a favor as a leader and one weekend soon just browse the internet on the latest leadership trends. You will find some interesting concepts, and I am sure some will be what you are doing — however maybe you can find a concept you like and expand your knowledge and skill set.

I will continue to write articles in 2019- if you would like to submit something on leadership, feel free to contact me at [email protected] and maybe I will use your article instead of one of my own.

Have the happiest of holiday seasons -Hal 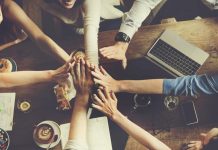 Why culture is so important in dentistry today… 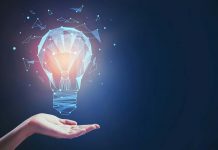 Is having knowledge — power? 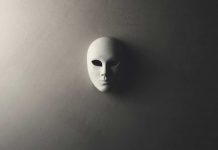 Do you work with a narcissist?

Is having knowledge — power?